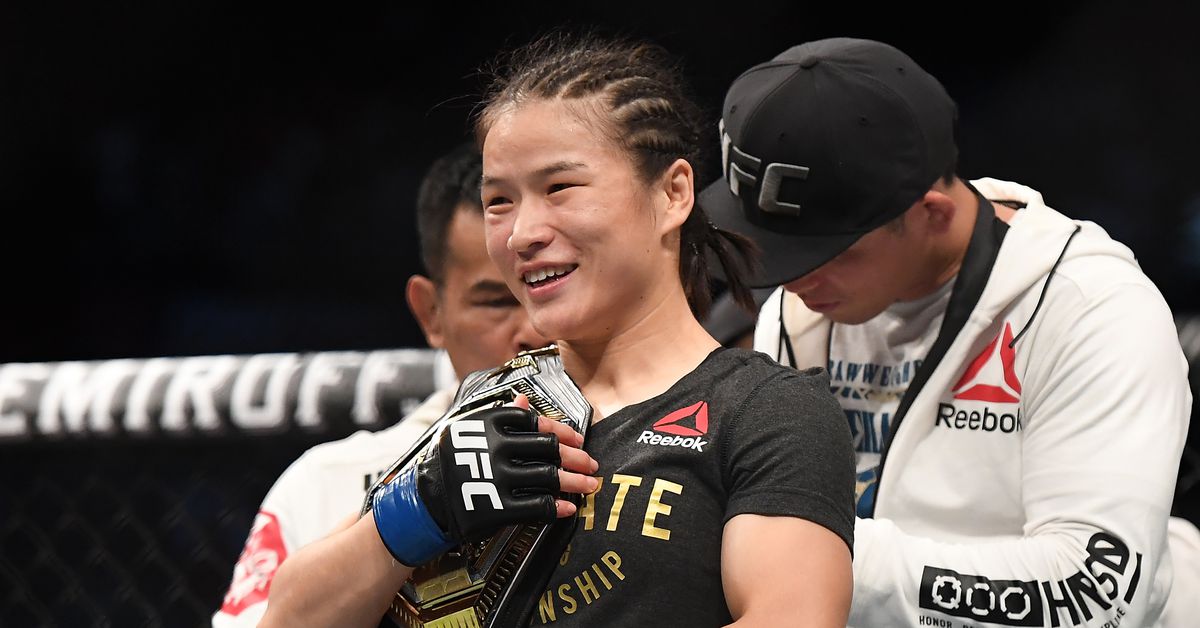 Weiling Zhang took her UFC stock to an entirely new level earlier today (Sat., Aug. 31, 2019) at UFC on ESPN+ 15 live on ESPN+ from inside Universiade Sports Centre in Shenzhen, China, when she shocked the MMA world to finish women’s strawweight champion Jessica Andrade via 42-second TKO.

As a result, Zhang not only improves her undefeated UFC record to 4-0 but she manages to become the first Chinese champion in UFC history. That’s pretty big stuff and already has some people comparing “Magnum” to the likes of former UFC champion Ronda Rousey, who blazed her own trail in becoming the first female titleholder in company history nearly seven years ago.

Women’s MMA has come a long way since Rousey first stepped inside of the Octagon and Zhang seems poised to take the torch and run with it. After all, not too many fighters are able to out-strike Andrade in close quarters and force her to wilt in under one minute.

After her title fight win, which happened to be her first ever UFC main event spot, Zhang received considerable praise from her combat peers. But it was Rousey’s post-fight comments that stood out the most.

As a fighter who helped bring women’s MMA to where it is today, Rousey must feel proud to see history written once again inside of the Octagon. In becoming the first UFC Chinese champion ever Zhang is essentially opening herself up to a world of fame, money, and legacy, all of which helped form Rousey into the icon she is today.

Zhang will have to fend off a heap of contenders in the UFC’s stacked strawweight division to further etch her name in the history books, but Rousey is right in calling “the future bright.” Zhang is only 30 years old, carries an entire country on her shoulders, and seems ready and willing to encounter any challenge UFC throws her way.