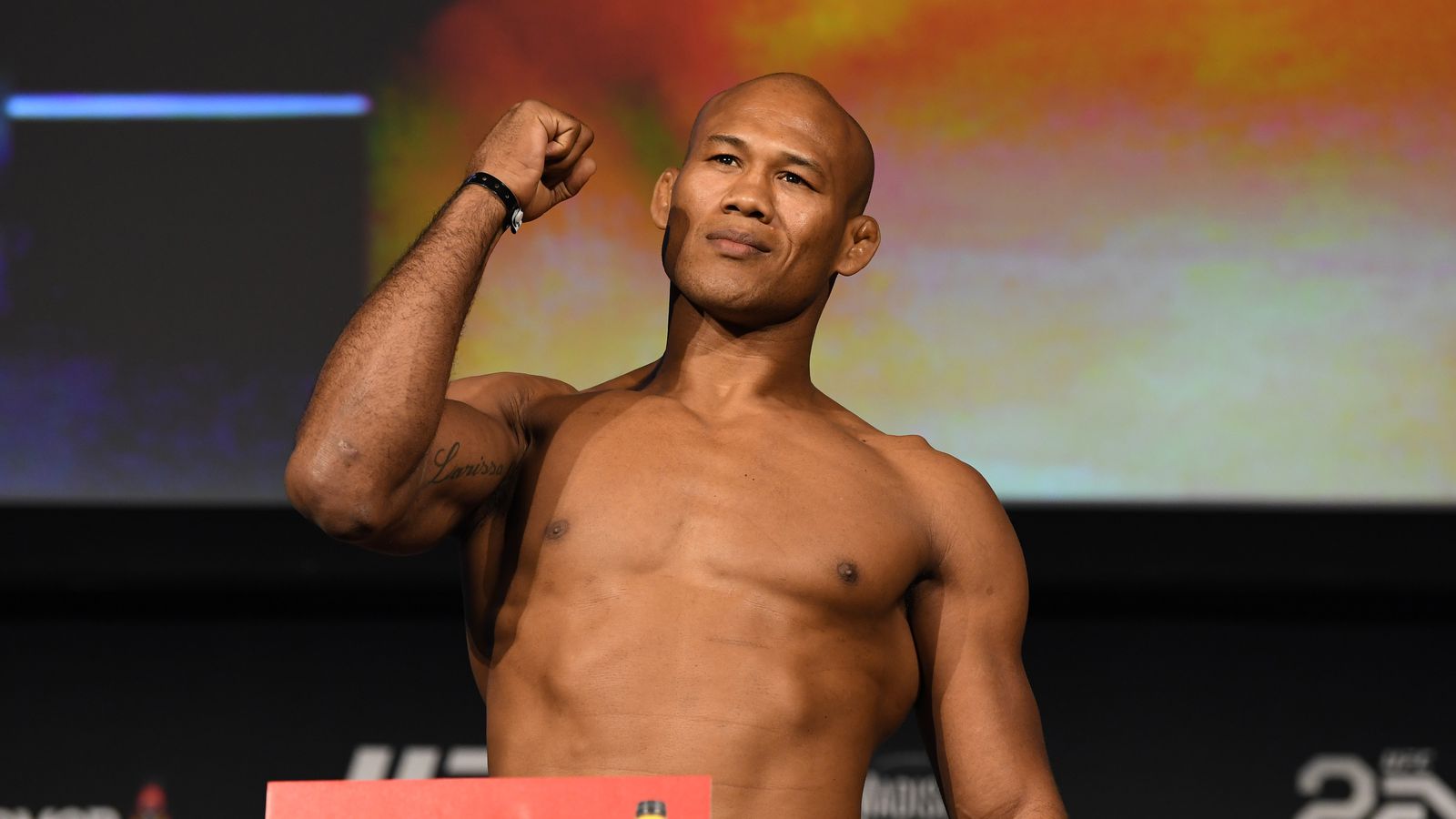 Jan Blachowicz thought he would be getting a Light Heavyweight title fight against division king Jon Jones, instead he’ll be facing Ronaldo Souza at the upcoming UFC Fight Night 164 event in Sao Paulo, Brazil.

That’s according to ESPN’s Brett Okamoto, who got the word from Dana White’s mouth that “Jacare” will move up to Light Heavyweight to face Jan on Nov. 16, 2019.

Souza hasn’t been able to find any sort of rhythm at Middleweight over the last couple of years, alternating wins and losses since 2017, bringing his record to an even 3-3 during that span. His last fight saw him come up short against surging 185-pound contender, Jack Hermansson earlier this year.

“Jacare” was eyeing a rematch against Kelvin Gastelum, but after Till got the nod against the former Ultimate Fighter (TUF) winner, Souza decided it was time to pack on the pounds and go hunting for a fight in a whole new division.

His debut fight in his new weight class won’t be a walk in the park, as Jan has proven to be a formidable foe for anyone standing across from him. In his previous fight, Jan ruined Luke Rockhold’s 205-pound debut, knocking out the former 185-pound king at UFC 239.

Now, he’ll look to do the same against a man whose UFC title fight dreams have yet to be realized. Both men are looking to punch their ticket to the big dance sooner, rather than later, though it’s safe to say Jan will be much closer to a shot at “Bones” with a victory than Souza would.

With Jan now booked to face “Jacare,” who Jones faces in his next title defense is now even more of a mystery.