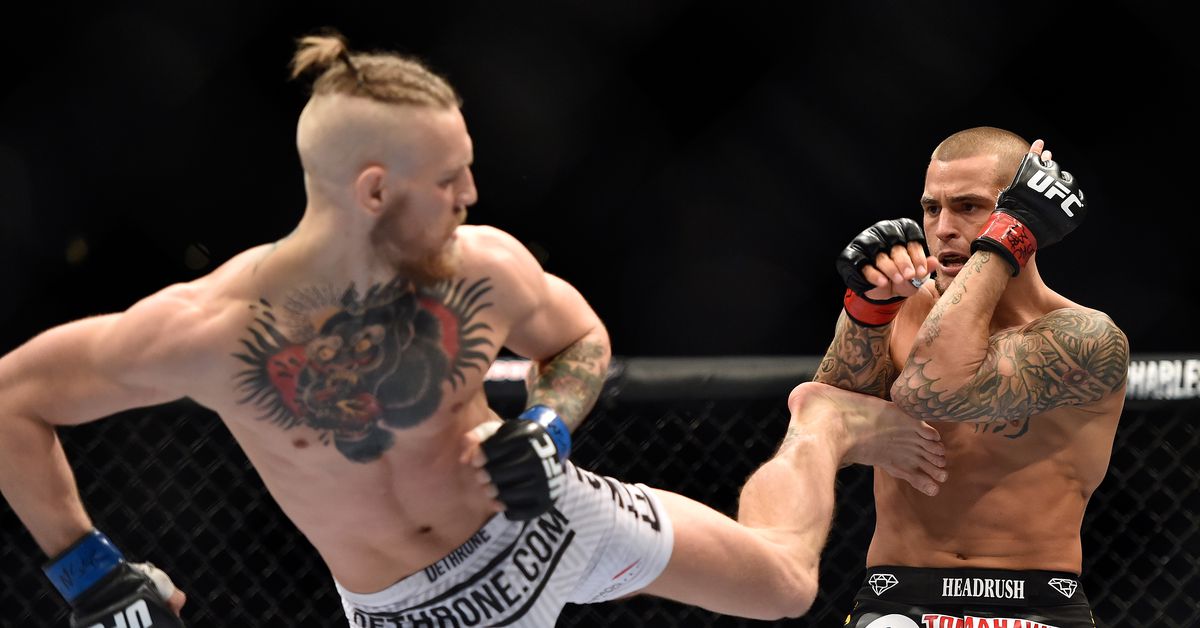 Following a disappointing loss in his UFC 242 title bout with Khabib Nurmagomedov, Dustin Poirier’s path forward did not immediately appear clear, as the top contender even briefly mentioned retirement. However, given just a few days to reflect, Poirier seems ready to get back on the horse, tweeting earlier today that a rematch with Conor McGregor would make sense for both men.

I think me and Conor running it back makes a lot of sense at this point.

To put it simply, Poirier is correct! “The Diamond” deserves a top contender following his loss, and McGregor has to jump back in with a top-ranked Lightweight before talks of rematching Nurmagomedov in Moscow make any sense at all. Given the history between the two, and their diverging career paths, it would be a very interesting bout that could produce a significant victory for either athlete.

McGregor, however, did not jump at the offer, instead taking to Twitter to belittle Poirier and talk about their first bout.

I fed you to the canvas in 90 seconds bro.
You should have spoke my name with a bit more respect in that build up. “McGregor’s not next”
Motherfucker, it’s McGregor always!
McGregor is the goal! Always!
Say that now and I’ll think about it.#GoneIn90seconds #NicCage #AJolie

It’s decent trash talk, but at this point, doesn’t it feel a bit forced? Poirier’s interest in a rematch was expressed in a matter-of-fact manner and without disrespect, but McGregor still took it as an opportunity to remind the world of his five-year-old accomplishment. No one is arguing that McGregor is no longer a star or dangerous top fighter, but talking about old victories is only interesting for so long.

McGregor has to make the walk again at some point soon, and Poirier is a reasonable opponent.

I hope everyone is appropriately excited for this weekend’s main event.

Dustin Poirier is not happy with Colby Covington’s latest comments.

Max and Rush Holloway get Simpson-fied.

Lots of respect to Paul Felder for really throwing himself into the fire in his last two bouts.

An important detail here: Akbari never lets his back flatly hit the mat, which is half the battle when scrambling!

Anyone got a guess at what’s happening here?

I love the prodding jab that sets everything up:

Some very fun exchanges leading up to the counter punch KO in the clip below:

Art by the same man who recreated famous painting “The Scream” last week with paper clips — he’s quickly becoming one of my favorite follows and certain to be a frequent feature of this section.

Midnight Music: It was an Iggy Pop type of night.