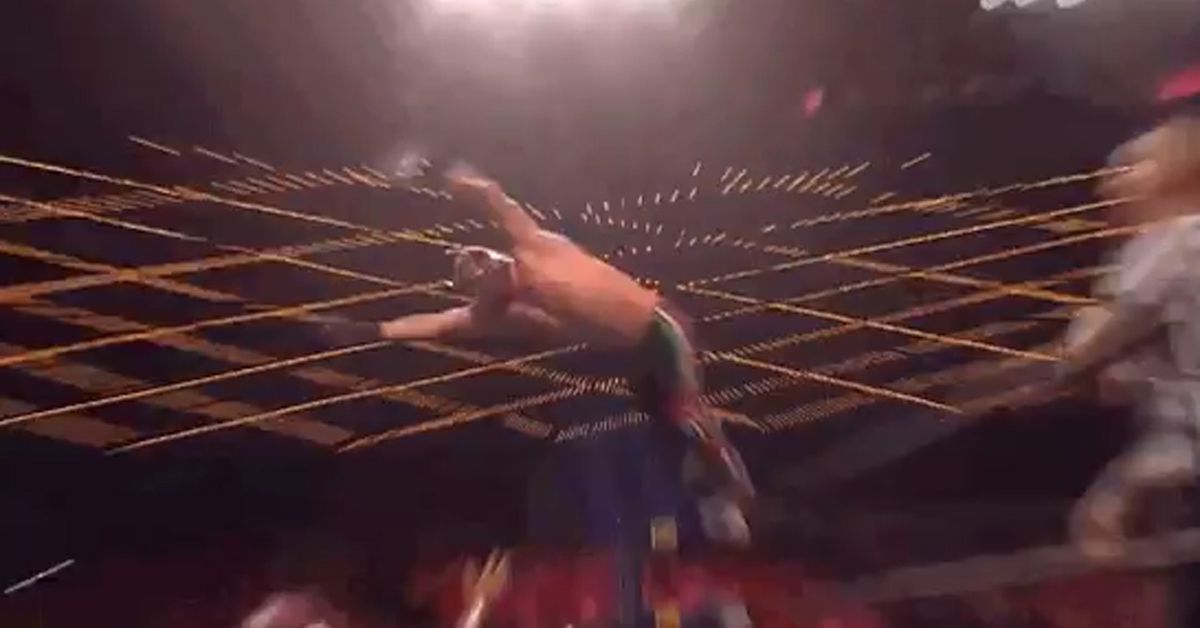 When Cain Velasquez announced he’d be joining Mexico’s AAA pro wrestling promotion as a luchador, many expected him to just show up for a couple of quick appearances with just a little light wrestling mixed in. After all, the Cain we’ve known for the past couple of years seemed like he was held together with rubber bands and Elmer’s glue. How could he possibly take the kind of crazy bumps and jumps you see in lucha libre?

But not only has Velasquez put both surgically repaired legs firmly in the ring for full matches, he’s proven to be a surprisingly adept worker. And at Sunday Night’s AAA / Impact Wrestling Event ‘Invading NY’, the former UFC heavyweight champion took things to a whole new level. He was featured on the card as part of a six man tag team battle and definitely made his presence known.

Take a look at some highlights:

Velasquez has said he still has unfinished business in the UFC, but with moves like this he definitely has a solid backup gig for as long as he wants it.