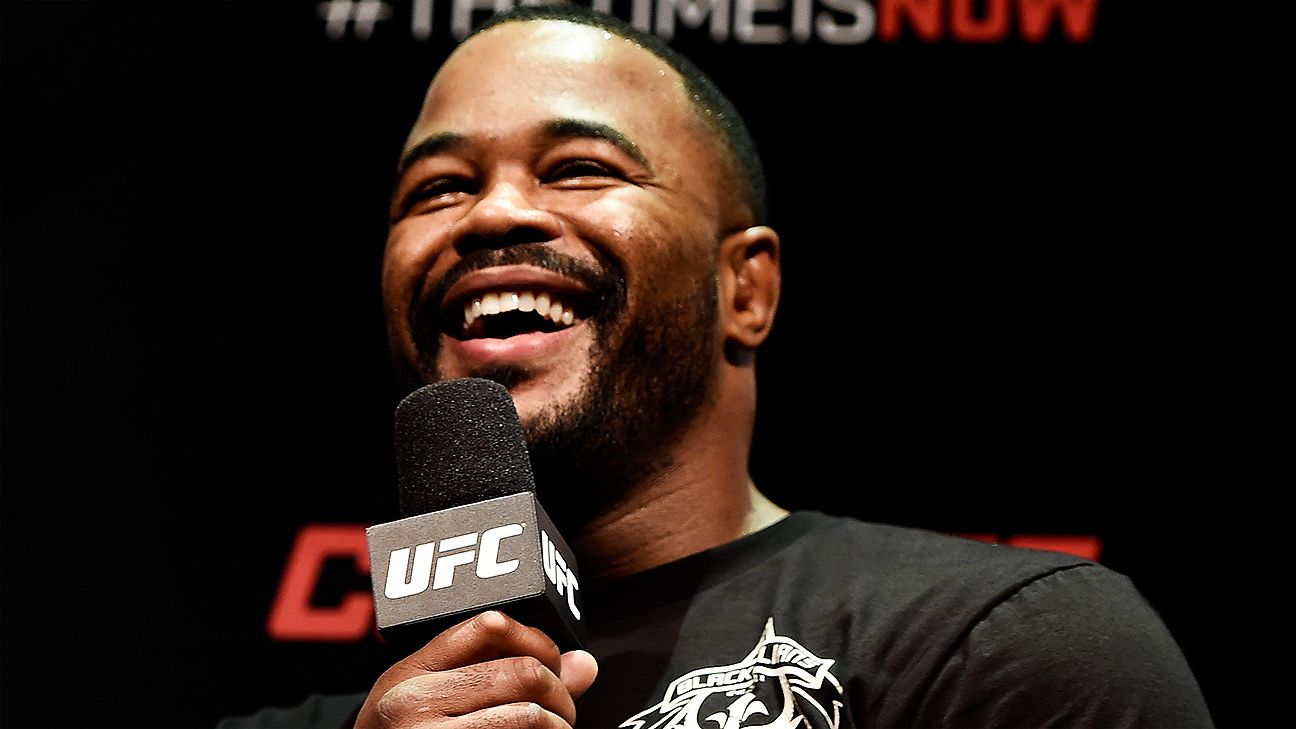 Former UFC champion Rashad Evans has secured his release from the promotion in anticipation of a probable comeback, according to his manager Ali Abdelaziz.

Evans, 39, retired from mixed martial arts in June 2018. The former light heavyweight titleholder has been back in the gym lately, however, and is strongly considering a return. UFC president Dana White confirmed to ESPN that the promotion has released Evans from his exclusive contract so he can fight with another promotion.

“He and Dana White talked, and it was a mutual decision,” Abdelaziz told ESPN. “He’s been back in the gym, and he’s feeling really good. I think there are a lot of fights out there for Rashad, and I’ll be talking to other promotions about him shortly.”

Evans (19-8-1) fought the majority of his career exclusively in the UFC. A former collegiate wrestler at Michigan State University, Evans made his pro debut in 2004 and signed with the UFC the next year after he won “The Ultimate Fighter” reality series. He captured the 205-pound title in 2008 and holds notable wins over Chuck Liddell, Tito Ortiz and Quinton “Rampage” Jackson.

He announced his retirement on the heels of a five-fight skid. His most recent bout ended in a 53-second knockout loss to Anthony Smith in June 2018.

Since his retirement, Evans has remained involved in the sport as a commentator for the UFC and as a mentor to his younger teammates in South Florida, including UFC welterweight champion Kamaru Usman.