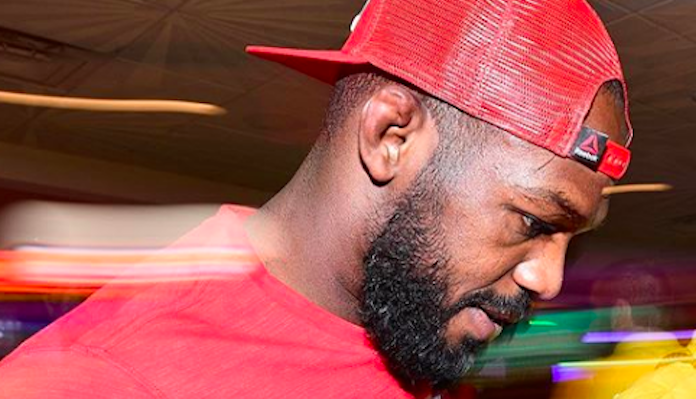 On Monday afternoon, Adesanya appeared on Ariel Helwani’s MMA Show, where he sounded off on Jones.

“My confidence? Get my f**king nuts out of your mouth,” Adesanya said after Jones questioned his confidence. “This guy is trying to force my hand. I’m not stupid. It’s not about me not being confident. I will f**k this motherf**ker up when I fight him.

“I just have to do what I have to do,” he continued. “I have to defend my belt. I just defended my belt and I am the new unified king. I have three or four more killers I have to f**k up at middleweight first, and then I will move up in weight. And then I will jump up and f**k this guy up. I plan everything from the jump. I have shown everyone that this is what I am going to do and how I am going to do it. I already said Raiders Stadium, Las Vegas in 2021.”

It did not take long for Jon Jones to respond to this comment. The light heavyweight legend fired back on Twitter.

All I hear is “I’m a bitch, I dance better than Jones.” Oh and some weird shit about big American balls in your mouth. https://t.co/aLNjHVBsTF

“All I hear is ‘I’m a bitch, I dance better than Jones,’” Jones wrote in his first Twitter on the subject. “Oh and some weird shit about big American balls in your mouth.”

I’m not out here searching for dragon ball Z fans, I’m in pursuit of these history books. Being mentioned with history‘s greatest combatants ever. Fucking nerd

“I’m not out here searching for dragon ball Z fans, I’m in pursuit of these history books,” Jones added, roasting Adesanya for his love of anime. “Being mentioned with history’s greatest combatants ever. F**king nerd.”

Do you think Jon Jones and Israel Adesanya will end up settling their beef in the cage? Who do you think would win?