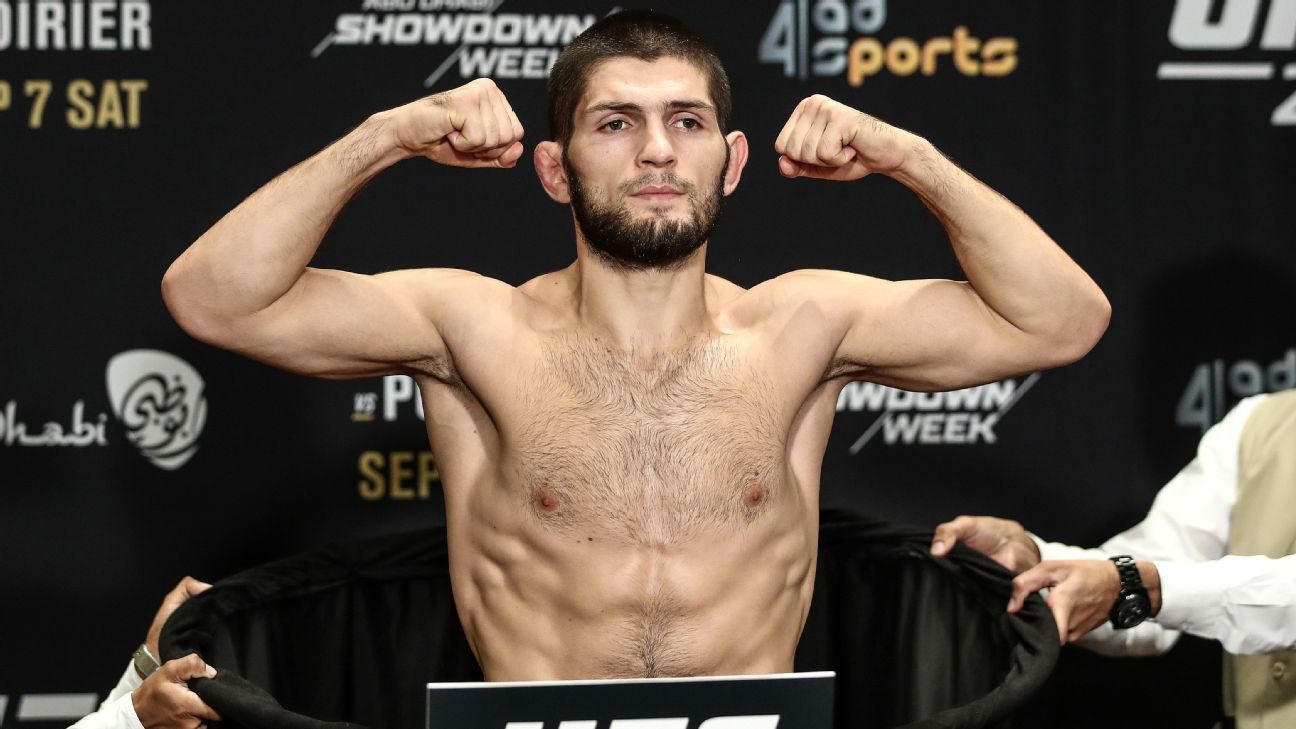 Ali Abdelaziz, the manager for the UFC lightweight champion, told ESPN’s Brett Okamoto in an interview Tuesday that Nurmagomedov would be willing to invite Tony Ferguson to fight him for the title next spring.

“Bring your ass March or April,” Abdelaziz said at a media day hosted by his Dominance MMA management company at Tyson Ranch, Mike Tyson’s cannabis resort. “Get the ass whippin’ and retire. That’s it — finished.”

Ferguson seems to be the clear next contender for Nurmagomedov and UFC president Dana White has acknowledged as much publicly. Ferguson (25-3) has amassed one of the best winning streaks in the UFC (12) and has not lost since 2012. Ferguson is coming off a second-round TKO (doctor’s stoppage) win over Donald Cerrone at UFC 238 in June.

However, Abdelaziz noted that Ferguson has only fought three times in the last three years.

“When you fight once a year,” the manager said, “you have no demand.”

Abdelaziz is in a unique position, because another possible contender for Nurmagomedov is another Dominance MMA client, Justin Gaethje. Gaethje is coming off a first-round TKO win over Cerrone last month. In ESPN’s lightweight rankings, Nurmagomedov is No. 1, Ferguson is No. 2 and Gaethje is No. 5, but sure to move up after finishing Cerrone.

Ferguson seems to be next in line for Nurmagomedov, but if that’s the case Abdelaziz wants Gaethje to either get the winner later next year, or fight Conor McGregor in McGregor’s comeback fight.

“I’m gonna be generous,” Abdelaziz said. “If Tony is next [for Nurmagomedov], Justin Gaethje should fight for the title and wait or fight the Irishman (McGregor).”

Nurmagomedov stopped Dustin Poirier in the third round with a rear-naked choke submission at UFC 242 last month. The Dagestani fighter is a perfect 28-0 and tied on ESPN’s pound-for-pound fighter list with UFC light heavyweight champion Jon Jones.

The UFC has tried to put together Nurmagomedov vs. Ferguson three times previously and failed. Unforeseen, odd obstacles struck twice. In 2017, Nurmagomedov fell ill cutting weight and had to drop out of the fight the day prior. In 2018, Ferguson tripped on a cable during a media junket and tore a knee ligament a week out of the scheduled bout.

“Khabib will fight [Ferguson],” Abdelaziz said. “Last time, Khabib showed up in Brooklyn, New York. The man got tripped by a wire. And I’m not making fun of him. We showed up. He did not show up.”