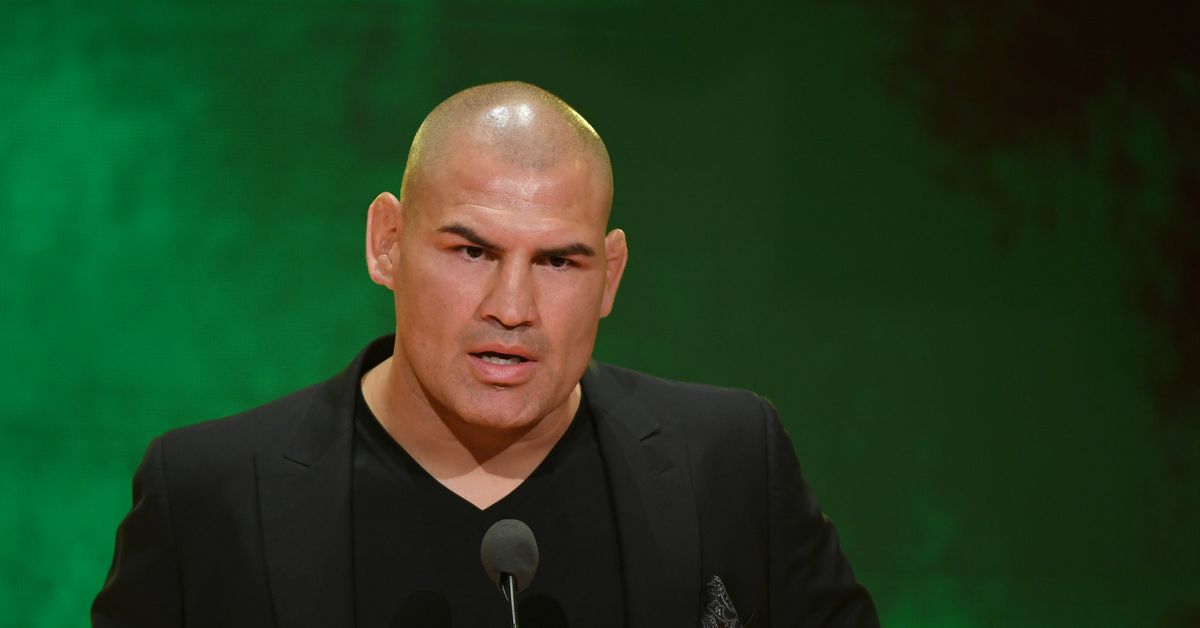 That’s because the American Kickboxing Academy (AKA) product is embarking on a new career as a professional wrestler, and after dazzling the folks down in AAA, Velasquez put pen to paper with World Wrestling Entertainment (WWE).

But that doesn’t mean he’s leaving without saying goodbye.

“To the UFC, my family, friends, and all the fans, thank you for the past 11 years,” Velasquez wrote on Twitter. “Thank you to all my coaches, teammates and agents. I am so blessed to have been able to have a career doing something I absolutely love. I knew from the time I was a junior in college I wanted to be a fighter and after graduating from college, I set off on my journey of becoming a fighter with the goal of being UFC Heavyweight Champion.”

Velasquez captured the crown with a first-round shellacking of fellow WWE attraction, Brock Lesnar, at the UFC 121 pay-per-view (PPV) roughly nine years back. His title reign will likely be remembered for the Junior dos Santos trilogy it produced, along with a pair of squash matches against Antonio Silva.

“There are few people in this world that can say that they have achieved what I have, and I am forever grateful for the opportunities and position I held being part of the UFC,” Velasquez continued. “With my official retirement from the UFC, it’s time for the next chapter.”

That chapter begins with his Lesnar showdown at the WWE: “Crown Jewel” headliner later this month in Saudi Arabia. Velasquez made a surprise appearance when the promotion made its Smackdown! debut on FOX.

“A year ago, when I went to my first WWE show, I fell back in love with a sport that I had watched and participated in since I was a child,” Velasquez said. “From that moment, I have been doing a crash course on all things that relate to pro wrestling. I’ve been training at different gyms, going to shows and watching more matches then I would like to admit, but I can honestly say I eat, sleep and breathe wrestling now. The contract is signed and I’m on my way to my next goal which is Universal Champion. WWE Universe, thank you for welcoming me with open arms.”

I hate to be David Downer, but one of the reasons Velasquez struggled in the second half of his UFC career was recurring injuries. And while he may not be on the receiving end of punishment like this, the physical demands of a WWE athlete can be equally taxing.

It should be noted that Velasquez turned 37 back in July.