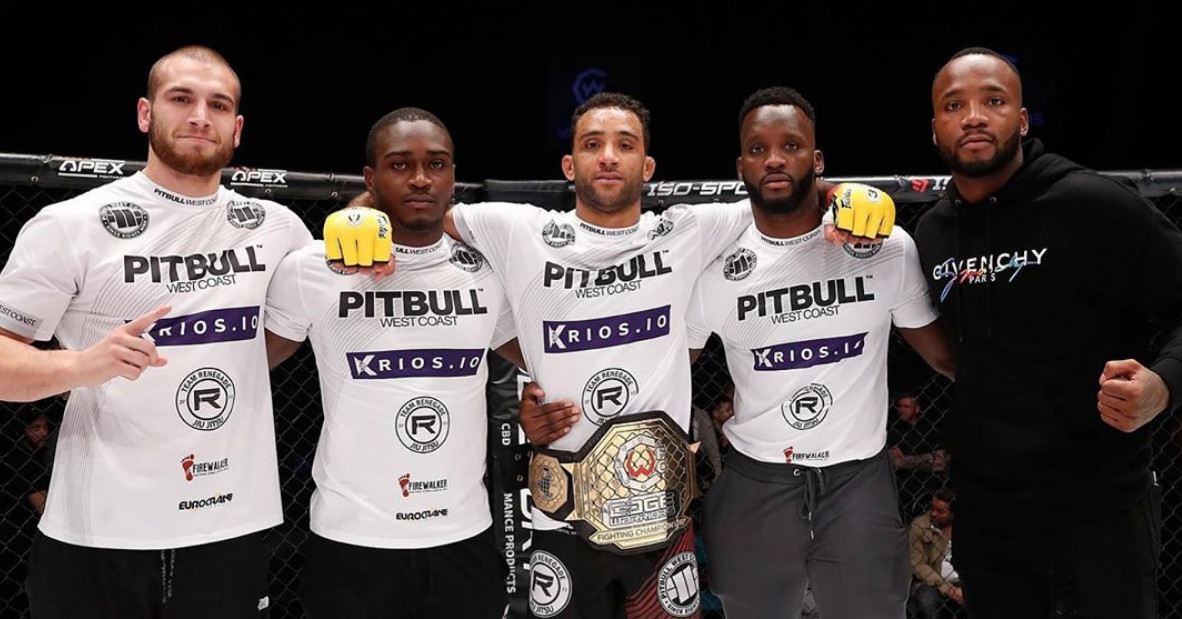 Jai Herbert highlighted his status as one of the hottest U.K. prospects with a violent, viral knockout of ex-UFC fighter Cain Carrizosa this past weekend. Now, “The Black Country Badger” believes he’s ready to take his place among the UFC’s lightweight elite.

The Cage Warriors champion was endorsed by none other than UFC welterweight frontrunner Leon Edwards during the Cage Warriors 109 broadcast from his native Birmingham, England.

Speaking on the latest episode of MMA Fighting’s Eurobash podcast, Herbert spoke of how important Edwards’ presence is at the highly touted Team Renegade gym, and why he feels it’s inevitable that the UFC will return to Birmingham in the future.

“Obviously, Leon is helping out a lot with certain things,” Herbert told Eurobash. “He has a Monday wrestling class and everyone goes there. It’s a really good class, and he’s very knowledgeable. He can help you out with all kinds of stuff, so any time I need help, I just ask him for little tricks and stuff.

“Everyone just wants everyone to do well, and because we’re all from around here, it’s just a good feeling for all of in the Midlands and Birmingham. I just feel like they should have a UFC in Birmingham next year.

“Obviously, if I get signed by the UFC I can be on it, and Leon can headline. That could even make the other pros in the gym get signed as well, if they did a card in Birmingham. That’s what happens though, isn’t it? When a big card comes into town, a couple of guys from that area might get signed and get on the card.”

With Edwards’ growing stock, Herbert is confident that he can help his teammates and fellow Brummies secure UFC contracts in the future.

“It does feel like [Leon can do something similar for Birmingham fighters as McGregor did for the Irish], especially after I walked out there with Cage Warriors and then afterwards getting all these messages and everything. With Leon being the main guy there, I feel like if he gets that show in Birmingham, it’s going to open the door for me, and there are going to be a few others there too,” said Herbert.

Herbert is adamant that there are several fighters at Renegade that would be able to immediately take the step up to the UFC.

“The amount of talent we’ve got in the gym; we’ve got [Tom]Breese, Nathais [Frederick], you’ve got Fabian [Edwards], you’ve got Yannick [Bahati] and you’ve got Aiden Lee – there’s another few as well. It’s ridiculous. I think it could be just like Conor did for SBG … opening that door. It would make for a bigger scene in the midlands as well. It would allow more people to get involved with the sport. It’s just good for the sport in general.”