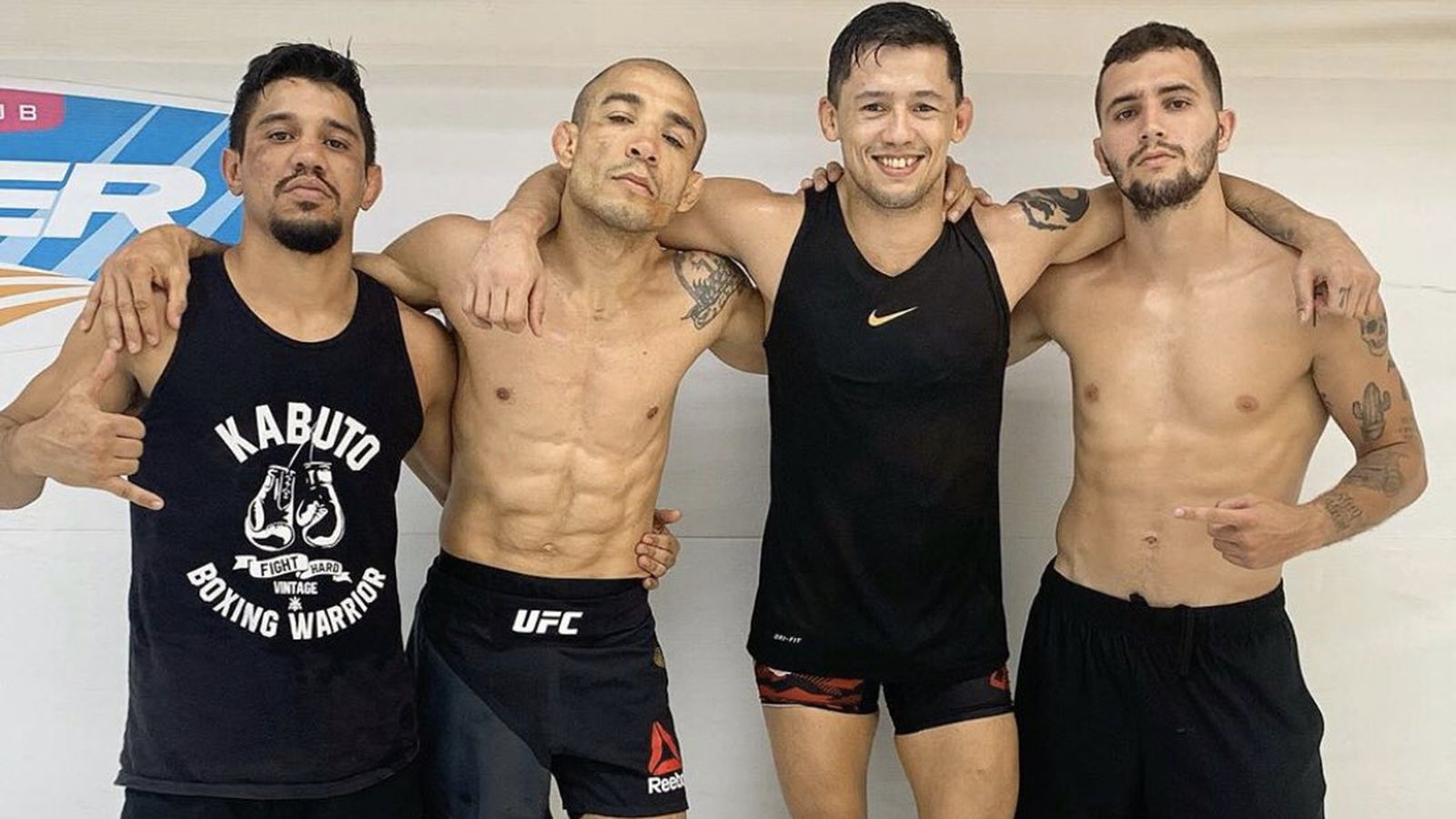 If you’re looking at the photos embedded above and thinking “Well, what did you expect him to look like at bantamweight,” just remember that the Jose Aldo you see in these pictures still has more than 15 pounds to lose before successfully making his mark.

How much water weight do you think they can wring from that wiry, depleted frame?

“The weight cut is going smooth,” Aldo told MMA Fighting. “I thought it would be more complicated since I never went through a diet before, never did something like this. I usually just cut weight during fight week, but this time I had a diet. Man, as incredible as it sounds, I’m feeling great, fast, stronger, so it’s been fine. I have the support of great professionals by my side so everything will be alright.”

“Is it just me but he looks way too old.”

“A whole lot of action just came in on Moraes.”

Aldo is not preparing for a photo shoot, he’s getting ready to step into a cage against a fighter who wants to smash him in the face until he falls. That sounds like the sort of thing that would compel an athlete to be in peak physical conditioning, something I’m not seeing in any of these photos.

I just see a former champion desperately trying to fix something that may not have been broken, and I can promise you nothing would make me happier than to be proven wrong with a healthy weigh-in and commanding performance on fight night.

Sure beats the alternative.