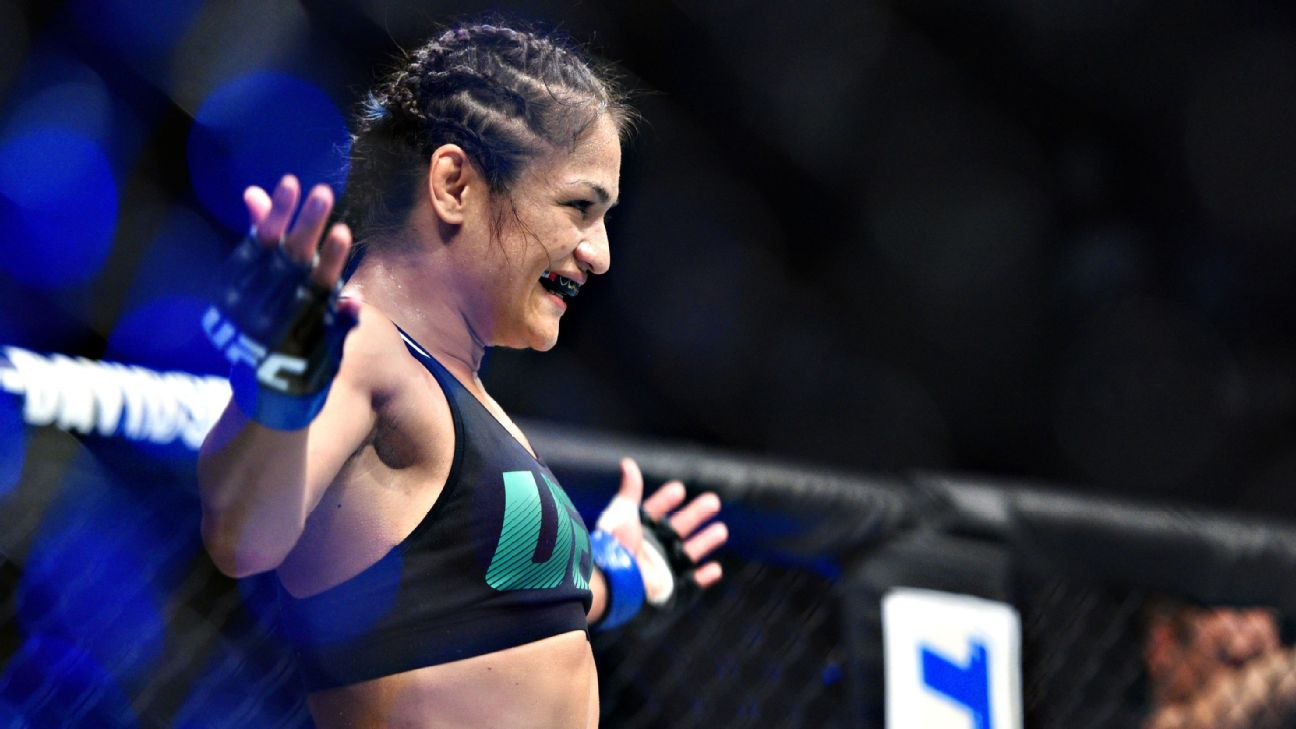 Alistair Overeem and Jairzinho Rozenstruik both made the heavyweight limit for Saturday’s UFC Fight Night main event in Washington, D.C., but one half of the co-main event missed badly at Friday’s weigh-in. One prelim fighter missed weight as well.

Cynthia Calvillo, scheduled to face Marina Rodriguez in the strawweight co-main, weighed in at 120.5 pounds, a full 4.5 pounds over the limit. For Calvillo (8-1), it was the second weight miss in her last three fights. Rodriguez (12-0-1) weighed 115.5.

Also missing weight was Matt Sayles (8-2), who registered 148.5 pounds on the scale for his featherweight prelim against Bryce Mitchell (11-0). Mitchell weighed in at 145.2 pounds; the limit for a nontitle fight is 146.

Per the UFC, both fights will go ahead as planned. Calvillo will relinquish 30 percent of her purse to Rodriguez, and Sayles will surrender 20 percent of his to Mitchell.