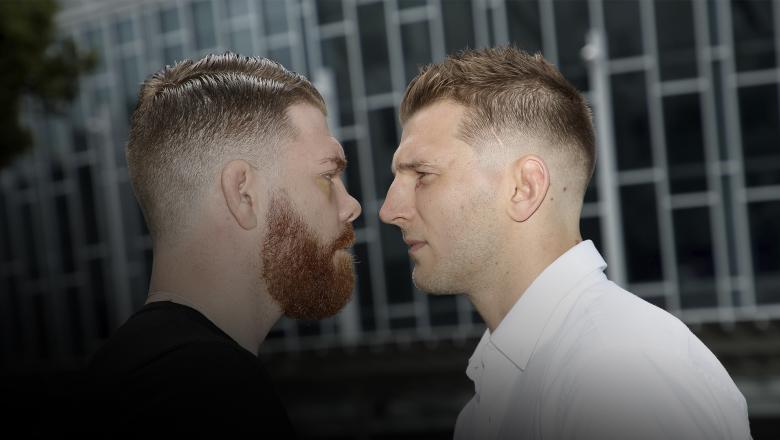 There have been fights with greater stakes, but in terms of overall intrigue and explosive potential, this might be the best piece of matchmaking the UFC has delivered thus far in 2020.

Not only is this a crucial bout in the lightweight title chase, but what started as a respectful, professional engagement between two fiery competitors has turned into a fiery rivalry that will be settled inside the Octagon this weekend in Auckland.

Hooker was the first person to publicly challenge the person interviewing him in the cage following a victory, asking Felder if he fancied a go after his win over Jim Miller in April 2018. Felder was impressed, but otherwise engaged, and the two went their separate ways. Since then, the hometown standout and City Kickboxing representative has added three wins in four starts, including back-to-back victories in 2019 to establish himself as a viable threat in the 155-pound weight class.

Felder arrives in New Zealand on a two-fight winning streak of his own, having earned decision wins over James Vick and Edson Barboza last year. He’s 7-2 over his last nine outings, with one of those setbacks coming in an impromptu welterweight bout against Mike Perry, and he is focused on sending the Auckland faithful home unhappy by turning back Hooker on Saturday.

Stylistically, this matchup has Fight of the Night written all over it, as both men come forward relentlessly, focused on finishing, not scoring points. The animosity between the two should spice things up even more and with the crowd roaring, this one is sure to have a truly big fight feel to it this weekend.