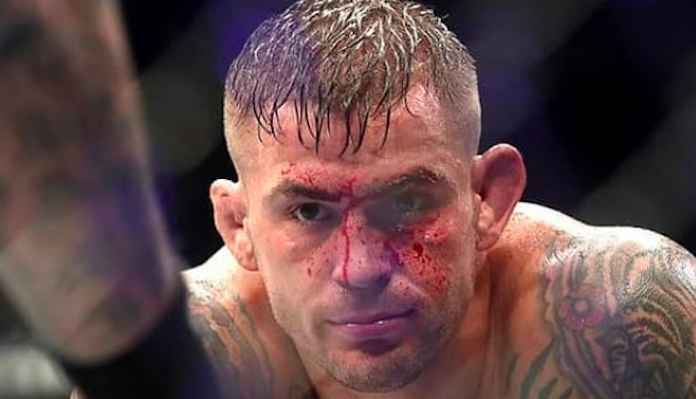 UFC lightweight contender Dustin Poirier says he is planning a return to the Octagon in May after having not fought since last September.

We last saw Poirier at UFC 242 when he was choked out by UFC lightweight champion Khabib Nurmagomedov. That loss snapped a six-fight unbeaten streak for Poirier, but despite the loss he remains one of the highest-ranked lightweights in the UFC.

Poirier has recently been calling out superstar Nate Diaz for a potential fight at 170lbs, but Diaz didn’t answer the UFC’s calls for the fight and the promotion’s matchmakers Sean Shelby and Mick Maynard told Poirier to move on. It appears “The Diamond” has done just that.

On Wednesday, Poirier took to his social media to reveal he is planning a return to the Octagon in May, and immediately speculation has begun about a possible opponent. Here’s what Poirier wrote on Twitter.

I’ll be back in May.#mandown

“I’ll be back in May.#mandown”

Poirier didn’t tease any potential opponents, but fans and media are already speculating on who it could possibly be.

One possible name is Al Iaquinta, who recently called out Poirier. This would be a fight between two of the top-10 ranked lightweights on the UFC roster and with both men coming off losses it makes sense for this fight to happen.

Another option would be Poirier against Justin Gaethje. These two fought in April 2018, with Poirier knocking Gaethje out in devastating fashion. Since then, Gaethje is undefeated and knocking on the door of title contention. He may need one more fight while the title is held up, so Poirier makes sense as an opponent.

Don’t expect Poirier to be fighting Conor McGregor, though. As much as Poirier wants the rematch with McGregor, the former champ-champ is likely going to sit and wait to see what happens between UFC 249 headliners Khabib Nurmagomedov and Tony Ferguson.

Who do you want to see Dustin Poirier fight in his return to the Octagon?