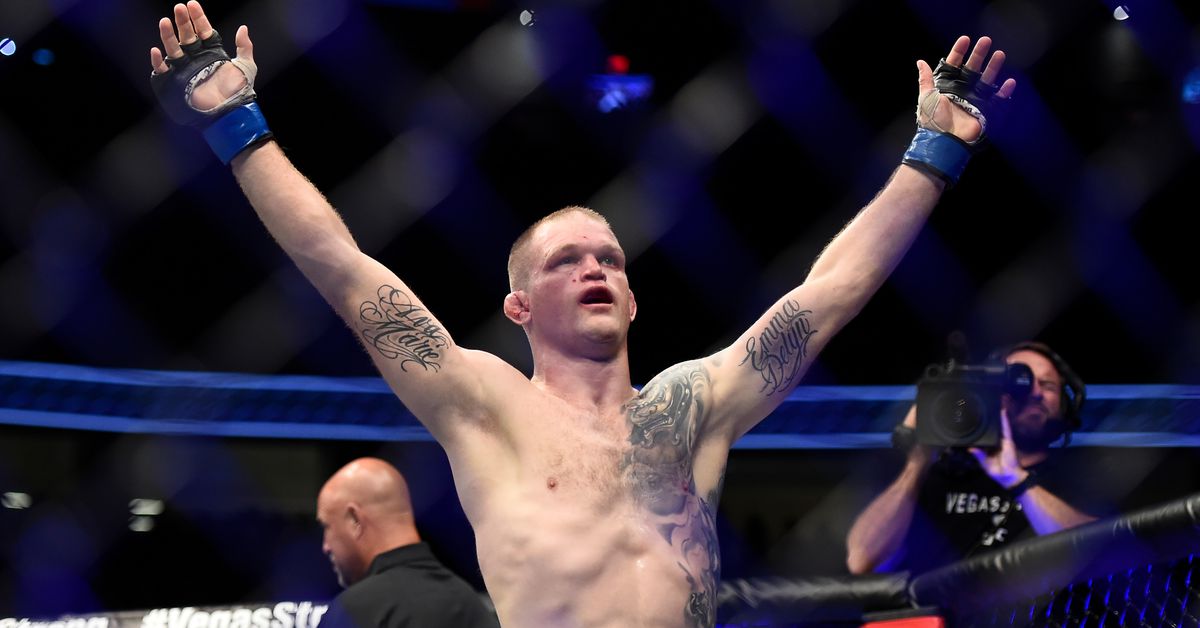 Tonight, we have an excellent reminder that nothing is very permanent in the world of mixed martial arts. Longtime Lightweight veteran Evan Dunham (18-8) will return from his short-lived retirement to face fellow well-traveled scrapper Michael Johnson (19-15).

Evan Dunham is coming out of retirement to face Michael Johnson at UFC Fight Night in Lincoln, Nebraska on April 25 at lightweight.

Prior to retiring back in September of 2018, Dunham came up short in his final two bouts. Meanwhile, Johnson is competing for the second time since returning to 155 lbs. Consistency continues to be an issue for “The Menace,” who lost his last two bouts despite doing well in the first half of the bouts.

On the whole, I quite like this match up. Both Dunham and Johnson have earned a hard-living by scrapping it out with the very best Lightweights in the world to mixed results. Despite failing to contend, they’ve been employed in the sport’s toughest division for quite a while, and they almost always provide the entertainment.

UFC Fight Night 173 is currently set to be headlined by a Light Heavyweight clash between Glover Teixeira and Anthony Smith on Sat., April 25, 2020 from inside the Pinnacle Bank Arena in Lincoln, Nebraska.

I’m not going to pretend I watched all 12 minutes of this goofy video. Watch the opening minute, and you’ll get the idea: Sanchez gets kicked in the belly or punched in the face as the words “Block #27” pop up. Once more, it’s a continuous mix of unintentional comedy and sadness.

As we all come to think we are experts, as we all have eyes and think we can see, I will now show you what you are not AWARE enough to see. My coach should be getting coach of the year award for reinventing a fighter at the age of 38. What you are seeing is something special. Now I ask you all why you could not see it, or why you could not allow @joshuafabiaknowbody @schoolofselfawareness to be acknowledged in any way for what he has done. He has done this alone, No equipment No team No building. If you see this and respect me at all you all owe him a HUGE apology. And if you are not willing to apologize and want to deny what you see in this video you are too far corrupted and no one can help you. To all the fans that supported even though you couldn’t see, I love you even more. For all of you that have written me off and talked trash, keep watching because you can’t stop me now. School of Self Awareness is a worldwide movement and it is for those who are willing to help themselves. Share if you care, if you don’t we now know you don’t care. I am a legend, don’t let them destroy my legacy. If they can do it to me, they can do it to you. Stand up for yourself because no one else will. Oh @thenotoriousmma any time, any place I would cherish the opportunity to have a legendary fight with two legends. Plus it might be nice having a fair fight for a change. If you thought @portal.ido was anything you really need to meet @joshuafabiaknowbody Nice commentating @dc_mma , Really thank you from the bottom of my heart. You did me so wrong it taught me what is really going on. Thanks for not talking to my coach, manager and cornerman @joshuafabiaknowbody in our pre fight meeting. You already showed me your bias attitude then. @michelpereiraufc @seanshelby @danawhite @espnmma @mmajunkiedotcom @mmaworlddotcom @thenotoriousmma @hbosports @shosports @themmadigest @floydmayweather @stylebender @arielhelwani @mikebohnmma @canelo @dc_mma @joerogan @stephenasmith #ufcriorancho #ufc #mma #truth #fightgame #interesting #realtalk #thetruthhurts #antibullying #help #whyisnoonehelpingothers #facts #openyoureyes #awareness #selfawareness

This amazing “Friends” spoof was posted almost a year ago, but that was before I took over the MM helm, and it popped up on Reddit today.

Weight cuts being more difficult than fights is a very real situation.

Kicking out the base leg would probably be more popular if anyone actually checked low kicks.

If you want to eliminate lay-and-pray, legalizing grounded knees is a major first step. It creates huge offensive options for both the top player and the fighter trying to defend the takedown.

Continuing with last night’s talk of naked kicks, this is a great example! Matsubara throws a naked low kick, but he does so after taking an angle and times it correctly from a good distance. His opponent tries to get him back and offers up a half-hearted left hand feint, but really he just steps into the pocket on one leg.

A lesson in rhythm and range:

Even looking past the filter, this is a super cool castle!

Midnight Music: For anyone looking for some modern day R&B/neo soul, London singer Sampha’s debut album Process is a very solid listen with some sharp songwriting.

Glover Teixeira says ‘coronavirus is no joke,’ but still hopes to fight Anthony Smith in April
From feared enemy to ‘sweetheart,’ Brock Lesnar stories from those who know him
Watch Bellator 225: Mitrione vs. Kharitonov 2 in its entirety (free full event video)
Donald Cerrone Reacts to Being Pulled From UFC 205
Alexander Volkanovski’s Favorite Fights