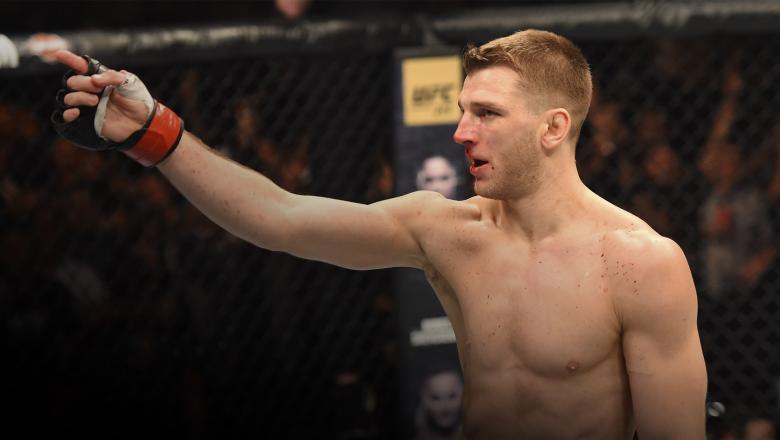 After elbowing Ian Entwistle into defeat in his UFC debut in Auckland three years before, the UFC’s favorite Kiwi was at it again. Dan Hooker came out brawling, but Pearson had seemed to figure out Hooker’s jab and was making him pay for it. “The Hangman” was now eating shots and bleeding from the nose but, as he always does, he continued to push forward. Just past the three-minute mark in the second round, Pearson dropped his head to complete a combo, which proved costly as Hooker landed a right knee to the jaw that sent Pearson’s mouthpiece flying one way and his body flying another. Dan Hooker, 2-0 in Auckland. Give that man the Performance of the Night bonus.