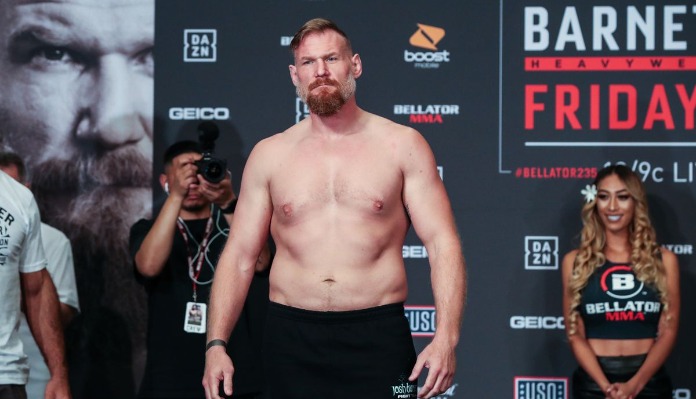 Josh Barnett’s Bellator debut has been postponed again as he has reportedly failed a drug test.

Barnett was expected to make his promotional debut against Ronny Markes at Bellator 241 on March 13 but that will no longer be the case. Fight Oracle on Twitter reported that the former UFC heavyweight has failed a drug test. The news has since been confirmed by several reporters.

So contrary to some claims, @BellatorMMA does have out of competition drug testing in several jurisdictions. All of their European events, California, Connecticut.

“So contrary to claims, @BellatorMMA does have out of competition drug testing in several jurisdictions. All of their European events, California, Connecticut,” he added.

This is obviously a massive blow for Josh Barnett as he was previously flagged by USADA in December of 2016. But, he was cleared to fight in March 2018 and received a ‘public reprimand’ after it was ruled to come by a contaminated substance. He then requested and received his UFC release and signed in Bellator almost a year later after doing pro wrestling.

Barnett was expected to make his promotional debut against Markes in the main event of Bellator: Salute the Troops in December but fell ill on the night of the event and was pulled from the scrap. The two were quickly re-booked but the fight will not happen at Bellator 241 now.

Markes, meanwhile, hasn’t fought since June of 2019 on PFL 3 where he TKO’d Sigi Pesaleli. But, Markes missed weight in back-to-back fights and was kicked out of the PFL tournament and Bellator quickly signed him.

What do you make of Josh Barnett vs. Ronny Markes being off of Bellator 241 due to Barnett failing a drug test? Sound off in the comment section, PENN Nation!