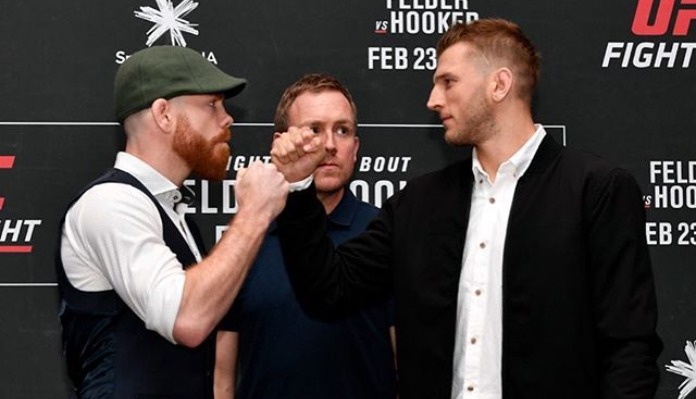 The Octagon returns to Auckland for UFC Fight Night 168, a 12-bout fight card headlined by a lightweight scrap between Paul Felder and Dan Hooker.

The New Zealand native, Hooker (19-8 MMA), will enter tonight’s main event on a two-fight winning streak. In his most recent Octagon appearance, ‘The Hangman’ picked up a unanimous decision victory over former title challenger Al Iaquinta.

As for Paul Felder (17-4 MMA), ‘The Irish Dragon’ will also enter UFC Auckland on a two-fight win streak, his latest being a split-decision victory over Edson Barboza at UFC 242.

Get all of tonight’s UFC Results and Highlights below:

🇷🇺 @ZubairaTukhugov with the constant pressure!

🇨🇳 Song Kenan brought it all out in NZ!

Who are you picking to win tonight’s key lightweight tilt between perennial division contenders Paul Felder and Dan Hooker? Sound off in the comments section PENN Nation!

Stay glued to this site for all of your mixed martial arts news!