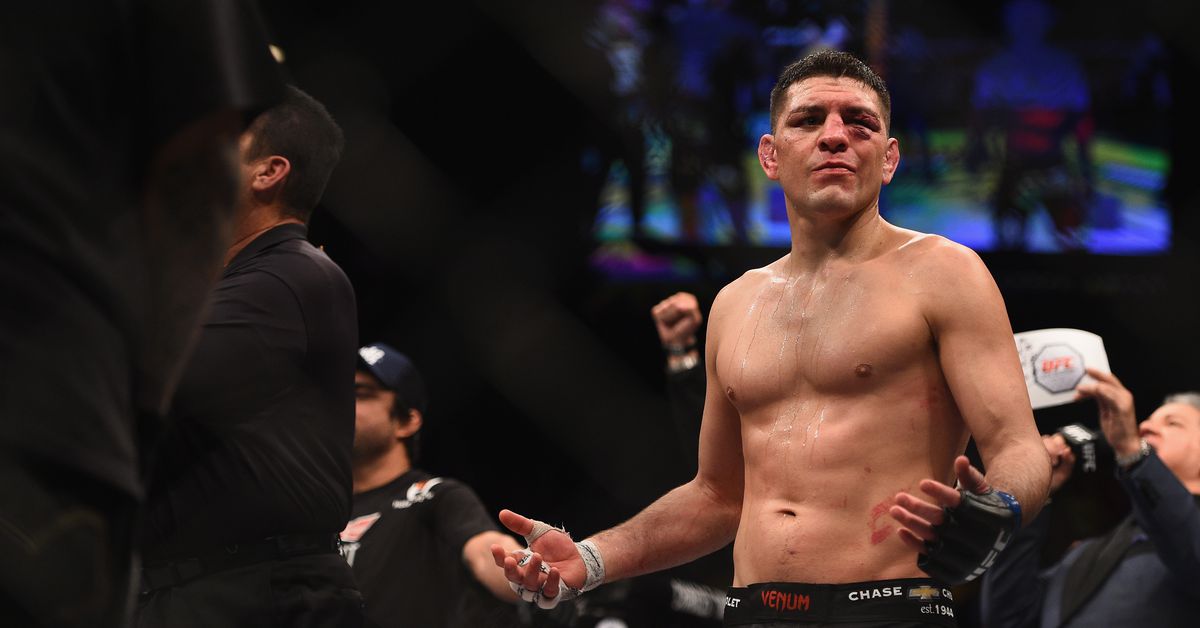 If you know anything about Nick Diaz, it’s that the Stockton slugger isn’t afraid to engage in any form of fisticuffs, be it in a sanctioned mixed martial arts (MMA) fight or an all-out street fight.

Hell, even a casino lobby is fair play.

While some of Nick’s out-of-the cage fights and near misses have been caught on tape, others — such as his post-fight brawl in the hospital with Joe Riggs — an only be relived by those who were actually there to live it.

Now, Mike Dolce is coming through with another Nick Diaz tale, revealing that he and his former client and ex-UFC welterweight champion, Johny Hendricks, were nearly jumped by Nick and Co. in the parking lot prior to UFC 171.

It all started when Diaz started heckling “Bigg Rigg” during weigh-ins. After Dolce and Hendricks made their way out of the arena, they were informed that Nick was en route and looking for a fight.

“We grab his gear, we get the team, we walk outside,” Dolce said on his YouTube channel (via Middle Easy). “As we’re walking through the parking lot, Dana White’s personal body guard comes running over, and he’s f–king massive. Like an NFL linebacker, like 6’6”, 300 f–king pounds, in shape, yolked, big f–king Hawaiian dude. (He said) ‘Dolce, Dolce, you can’t go man, you’ve got to be careful! Nick Diaz is looking for Johny, he wants to fight him!’ I was like ‘what? What are you talking about?’

“Johny is all geared up, we’re all geared up. We’re going to finish cutting half a pound of f–king weight, and we’re like ‘oh fuck, Nick Diaz and all the f–king 209 boys are about to jump us in the f–king parking lot — like during the f–king UFC weigh-ins.

“So we snatch up all our gear and we’re like we gotta make tracks and get the f–k out of here before these boys figure out it’s us. So we’re like running with our gym bags and our gear, running through the parking lot, run across the street, get to the place we’re going. We take the elevator and we’re like ‘holy s–t that was f–king crazy!”

Thankfully, Hendricks and Dolce made it out unscathed and “Bigg Rigg” went on to win the vacant 170-pound title after outscoring Robbie Lawler.