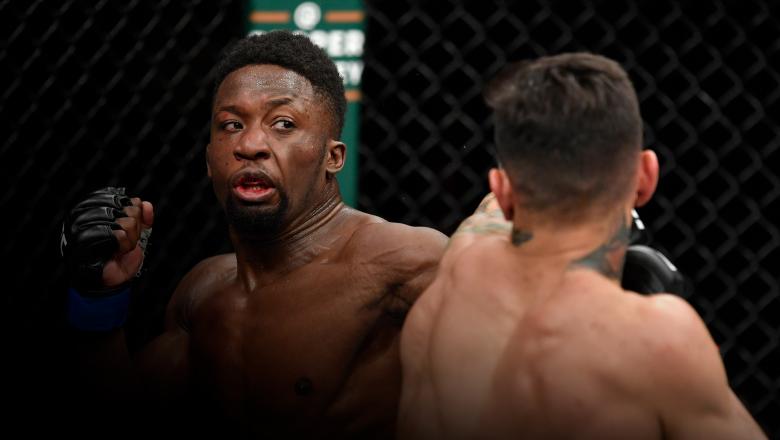 That approach has been a successful one, though. Primarily known as a striker, he showed off a well-rounded game against Fili, at times relying on his wrestling and grappling acumen to pull away on the judges’ scorecards. His ability to endure adversity over long periods of time is what Yusuff says is his biggest advantage.

That trait is something Yusuff didn’t realize was a special one until more people asked him for advice as he rose up the rankings.

As people came to work with him or even just watch him train, he took note of the fact that, while most people can work hard in bursts, his ability to maintain that high work ethic over a long period of time is something that sets him apart.

“They’re like, ‘Oh, this doesn’t look special. This looks regular,’” he said. “But they don’t realize that ‘regular’ thing, doing that consistently and consistently and consistently, by the time you get to fight time, you might not get a jumping roundhouse kick, or you might not get a flying knee to the face. It might just win you the fight by one extra punch or it might win you the fight by one takedown or stuff like that. That’s how it manifests itself in the fight, and it’s hard for people to see, and it’s hard for people to really put much stock into.”