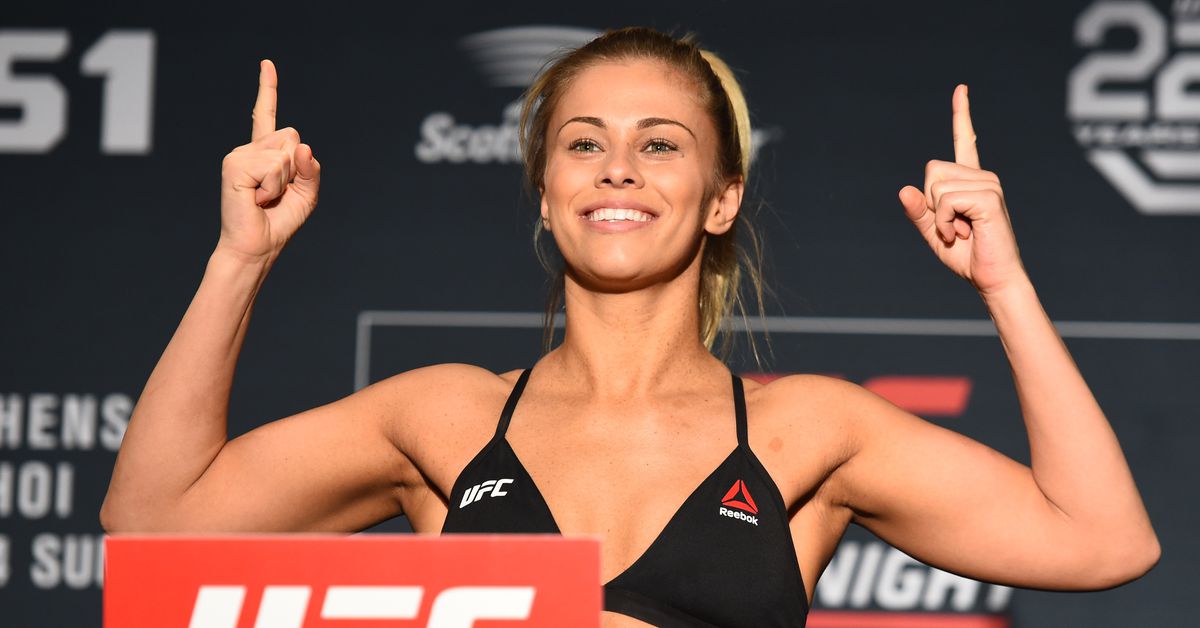 Ultimate Fighting Championship (UFC) strawweight veteran Paige VanZant, who also competes at 125 pounds, is ready to fulfill the final fight of her current contract once the promotion gets back into the swing of things.

Which could depend on the duration of the coronavirus pandemic.

And now that “12 Gauge” is (finally) injury free, she’s ready to find out what other mixed martial arts (MMA) promotions are willing to pay for her services. That said, there’s more to her still-blossoming career than just dollars and cents.

“I want to prove my worth,” VanZant told South China Morning Post. “You truly can’t find what your value is until you’re a free agent. When you’re locked into a contract, the only people that can set your value are the people that you’re signed with. It might come down to other factors outside just a dollar figure. It’s really about who’s going to propel me to the best of their ability. I do well in fighting. I do well in Hollywood. I do well in all kinds of ventures that come my way. A lot of it will be about who’s going to open those doors for me.”

The two major players in the open market are Bellator MMA and ONE Championship. The former is home to UFC exports like Cris Cyborg and Liz Carmouche, while the latter opened its doors for both Demetrious Johnson and Eddie Alvarez.

“There’s a lot of amazing organizations out there,” VanZant said. “If there wasn’t, I would never be testing free agency. I do honestly have a really good relationship with the UFC. I appreciate everything they’ve done for me. The hard thing is, other than my compensation, I am very happy with the UFC. So it’s not going to be as crazy as a negotiation process as a lot of people think. There’s a lot to talk about, but I think it’s going to be a fairly easy conversation.”