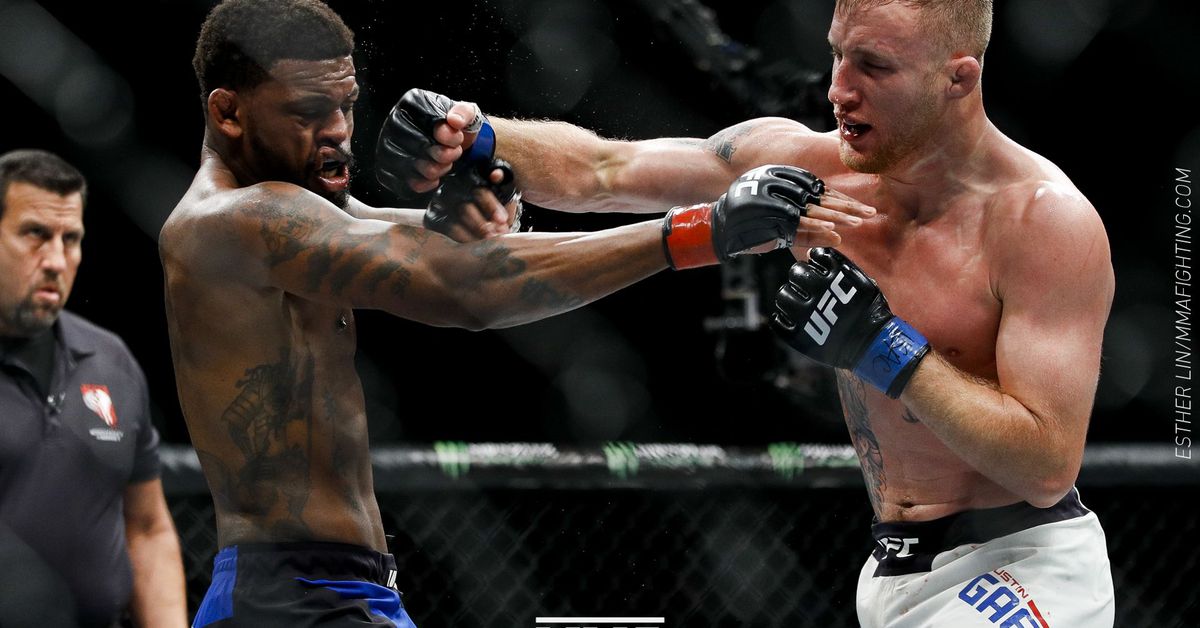 Watch Justin Gaethje vs. Michael Johnson full fight video to see Gaethje add to his highlight reel and pick up his first UFC victory against Johnson at The Ultimate Fighter 25 Finale on July 7, 2017, in Las Vegas.

Gaethje—appropriately nicknamed “The Highlight”—entered the UFC with the reputation as one of the most exciting lightweights in all of MMA and he didn’t disappoint, going back and forth with Johnson before crushing the veteran with a ferocious onslaught of strikes in the second round.

Up next for Gaethje, he’s stepping in on short-notice to face Tony Ferguson in the interim lightweight championship main event event of UFC 249 on April 18.