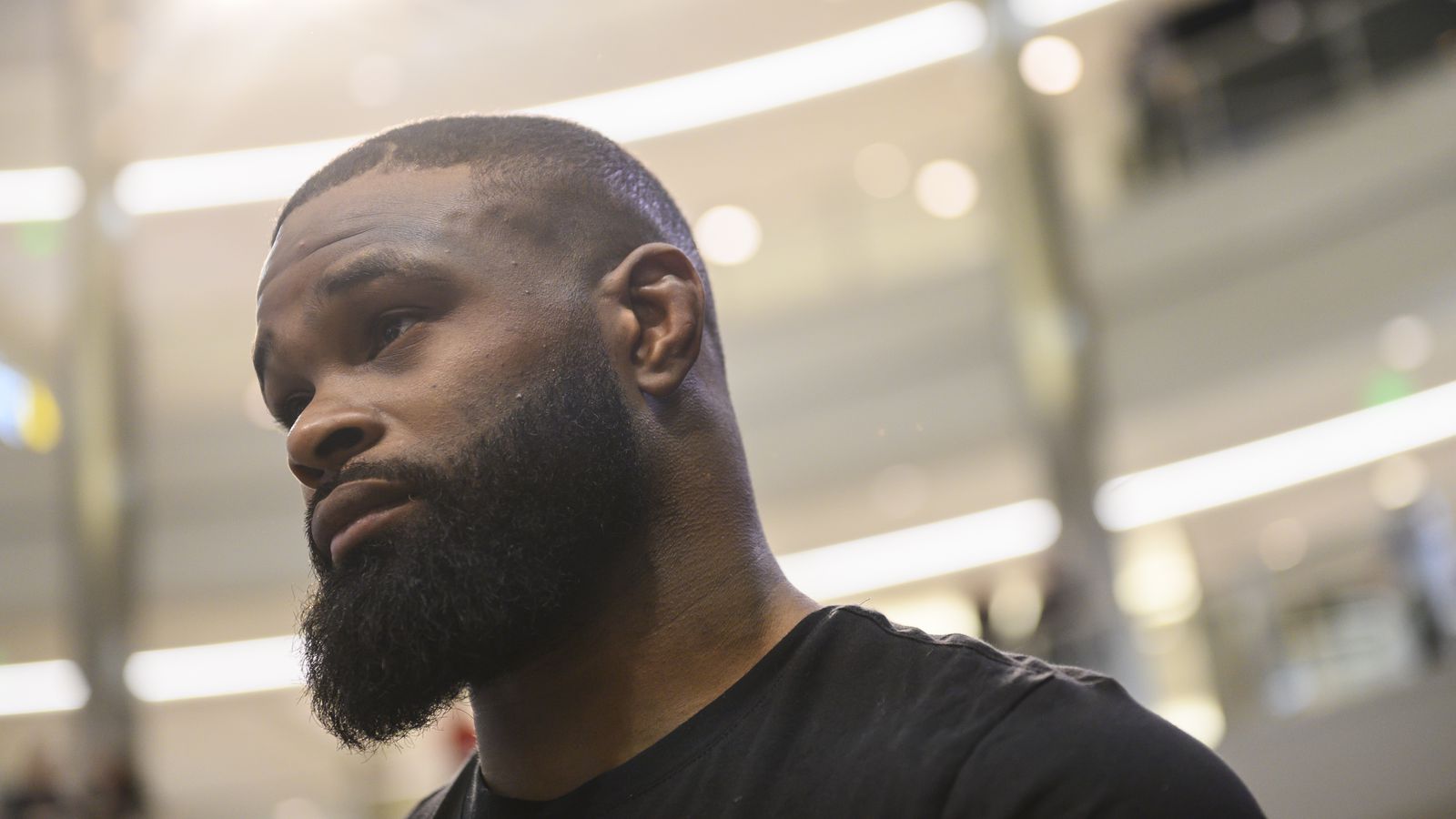 Former Ultimate Fighting Championship (UFC) welterweight titleholder, Tyron Woodley, stills considers himself to be UFC champion, despite the fact he lost his 170-pound title to Kamaru Usman at UFC 235. A loss that saw “The Chosen One” completely dominated for five straight rounds.

But 14 months after his last fight, Woodley is ready to jump back into the Octagon, taking on venerable division contender Gilbert Burns this Sat. night (May 30, 2020) in the UFC on ESPN 9 main event inside UFC APEX in Las Vegas, Nevada.

Refreshed and ready to go, “The Chosen One” plans to come out guns blazing.

“I’m coming out swinging, and I’ve always come out swinging after defeat, but this time it’s a little different because I plan on making this a complete lifestyle change,” Woodley said during the UFC on ESPN 9 media day (via MMA Junkie). “I went into a state of depression for a while, I really wasn’t talking to many people. I was eating terrible, I wasn’t training, and I just really didn’t expect – I felt like all my competition before Kamaru Usman was my stiffest competition.”

Woodley was candid about the psychological toll he suffered after losing to Usman. Probably because the former Strikeforce standout walked into the Octagon in March 2019 feeling completely prepared and in total control of his championship destiny.

Then it all went to pot.

“I felt like all the great welterweights I beat before then would be my toughest competition,” Woodley said. “I didn’t take anyone lightly. I didn’t think it was going to be cruise control at that point, but I felt like I had those five rounds mapped out so well. I felt like my strategy, my gameplan, my studying, my coaches, my team, I felt like I had everything in position to win. So I really had to deal with that, and it took longer than any other fight in my career.”

Though not a simple process, the 38 year-old Woodley says he eventually overcame his depression by facing it head on. As a result, not only does he expect to be a better fighter when the cage door closes this weekend in “Sin City,” but a better person overall.

“I got to the point where I felt like I faced it head on,” Woodley said. “I feel like I’m a better person, I’m a better fighter, a better human being because of it. I felt like it was necessary for my journey. Sometimes you see guys, and they just go from the bottom to the top and they spring all the way though.”

“They got everybody helping them out, whether it’s media push or social media, and they just got all the things given. It’s the people who have to bounce back, who have to face adversity and have to show the fans what they’re made of – that they’re just not going to crawl into a ball.”

A win over Burns, who like “The Chosen One” is hoping to get into the title discussion at some point later this year, will definitely shoot Woodley back to the top of a growing list of title contenders, though he’s likely to remain behind Jorge Masvidal in the championship race.

For the finalized UFC on ESPN 9 fight card and line up click here.