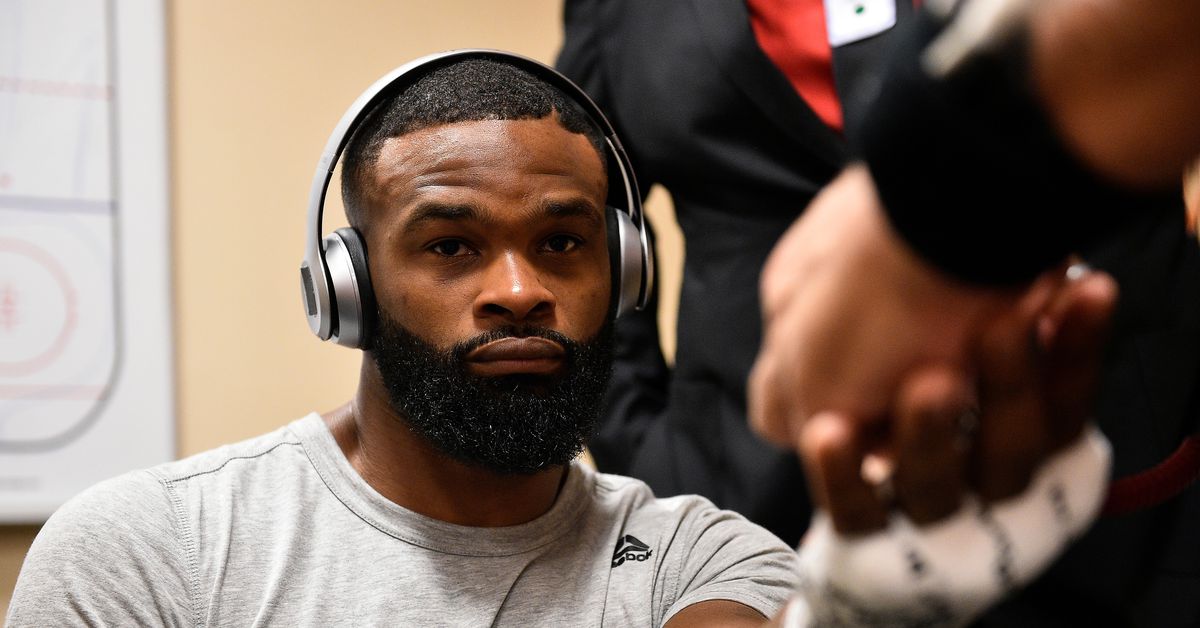 Former UFC welterweight champion Tyron Woodley may be gearing up for his first non-title fight in over five years this weekend against Gilbert Burns at UFC on ESPN 9, but “Chosen One” still has to deal with surging contender Leon Edwards.

Remember, Woodley and Edwards were expected to clash at UFC London this past March before the ongoing COVID-19 pandemic put an end to the entire card. Edwards was stranded in England while Woodley waited over two months to be re-booked against Burns.

Despite not fighting as previously scheduled, Woodley and “Rocky” have continued their beef. Earlier this week, Woodley spoke with ESPN and called Edwards’ 2019 backstage altercation with Jorge Masvidal the “biggest L” seen in a very long time. Edwards is now returning fire and taking aim at Woodley’s aspiring rap career.

“His rapping career is the biggest ‘L,’” Edwards told MMA Junkie. “That’s the biggest ‘L’ – his rapping. I don’t know. I think he had nothing to say. He’s talking about something that happened two years ago. Like, no way he hasn’t seen that video. He’s just using something to mention to keep his name relevant, really. It is what it is. It doesn’t bother me.”

While Edwards remains in limbo as the top of the welterweight division plays itself out, the title contender is ready to return to action as soon as this summer. Woodley would make for a great opponent if he happens to win this weekend at UFC on ESPN 9, but Edwards is also open to a fight with Burns as long as it’s a No. 1 contender’s bout.

“If Woodley wins, he probably won’t fight now until the end of the year, so I cannot wait until that long to compete,” Edwards said. “I want to compete this summer – latest, early September. But I would prefer in the summertime. So if any of them fight – it depends who wins. If it’s Burns, it’s probably a faster turnaround. Woodley will probably be a longer situation.”

That said, Edwards would be better off fighting a well-known star like Woodley. Despite losing his title to current UFC welterweight champion Kamaru Usman over one year ago “Chosen One” remains one of the best 170-pound fighters to ever step inside of the Octagon. A win over a name like that would be the final touch on Edwards’ impressive eight-fight win streak.

“The only reason I was going to fight him was because he’s like, ‘I’m the best welterweight of all time,’ and I truly believe that I am better,” Edwards said. “So there’s no bad blood between me and him. I don’t know him. So all it is, I wanted to compete against him. He says he’s the best. I know I’m the best. So that’s all it was, and that’s where it stops.”